The broad stock-market index (S&P 500) has rallied 20% this year, on track for the best performance in the first three quarters of a year since 1997. Last week, new single-family houses sold (for August) came in ahead of the expectations and durable goods orders were up slightly. Consumers turned more cautious in the month of August as the personal savings rate increased and spending was toned down. Going forward, corporate earnings and progress on the US-China talks will be the key drivers for the stock market.

The corporate stock buybacks continue to be one of the main catalysts for the stock markets. According to JP Morgan projections, the S&P 500 companies are expected to execute around $800 billion in buybacks in 2019, down slightly from around $830 billion in 2018. So far this year, buyback announcements are running behind last year’s record level, but above the three-year average. The markets have digested the tax cut gains last year, as it is now past the buybacks peak and the economy slips into a sub-trend growth cycle. The report also states that the S&P 500 companies have increased investment in capital expenditure (capex) by 16% (or $99 billion) and boosted dividends by 9% ($38 billion) during 2018. 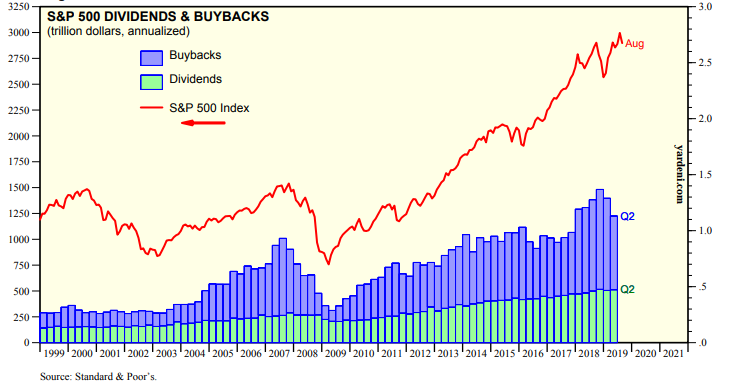 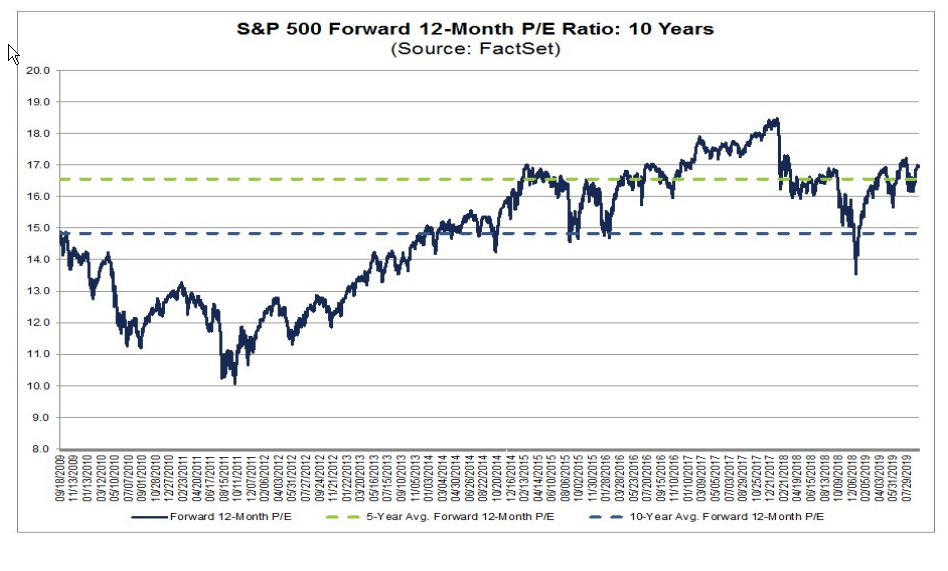 There was some chatter about de-listing Chinese companies from the US stock exchanges and putting some restrictions on investing in China.  According to the U.S.-China Economic and Security Review Commission, there were 156 Chinese companies listed on these US exchanges with a total market capitalization of $1.2 trillion. I think, any step to de-list the Chinese equities would hurt investor sentiment and would also be detrimental to the progress of the US-China talks, so I don’t think there is much merit to that news.

Talking about Chinese economy and according to preliminary data, Chinese manufacturing activity rose to 51.4 in September, the highest level since February 2018. New domestic orders for the region climbed the most in 18 months, even as new export orders continued to decline. Separately, China's official manufacturing gauge increased to 49.8 in September, higher than consensus expectations, but still in contractionary territory (under 50). The overall data though weak, looked encouraging amidst some signs of improving domestic demand. 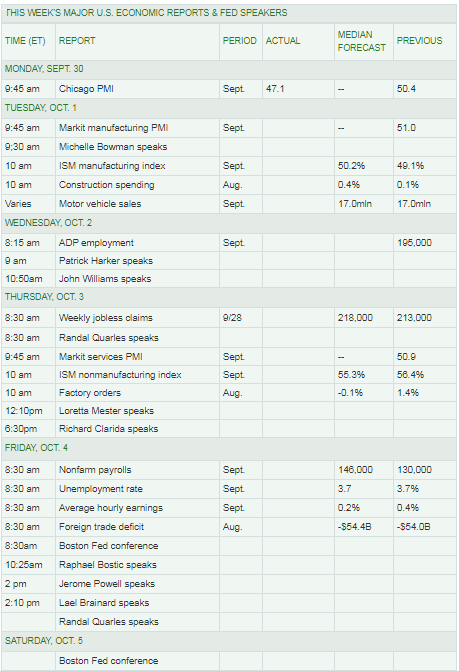 The opinions voiced in this material are for general information only and are not intended to provide specific advice or recommendations for any individual. All performance referenced is historical and is no guarantee of future results. All indices are unmanaged and may not be invested into directly.

The economic forecasts set forth in this material may not develop as predicted and there can be no guarantee that strategies promoted will be successful. The fast price swings in commodities and currencies will result in significant volatility in an investor’s holdings.

Portions of the material have been created by LPL Financial.